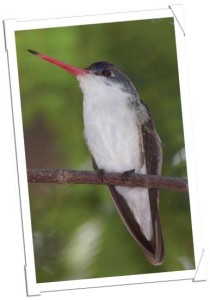 Combined with an overall habitat protection and restoration effort, birding ecotourism has the potential to be an important piece of a larger solution to the issues facing bird populations in northwestern Mexico.Ecotourism can be a vehicle for protecting landscapes and biotic communities that support the birds and other plants and animals that ecotourists want to see. Although it is not a panacea for problems related to habitat loss or degradation in the region, birding ecotourism provides an economic incentive for conservation and is an effective way for some landowners and communities to gain additional income from their land while protecting birds and their habitats.

Unlike the United States, 98 percent of the land in Mexico is privately held, including the majority of Natural Protected Areas. This makes working with private landowners, in addition to conservation organizations, governmental agencies, and educational institutions, a critical piece in the long- term protection of natural areas. 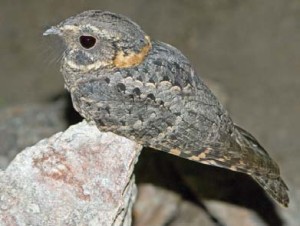 The Sonoran Joint Venture (SJV) is a diverse partnership of organizations and individuals from throughout the southwestern United States and northwestern Mexico that shares a common commitment to the conservation of all bird species and their habitats. (Tucson Audubon has a seat on the management board of the SJV.) The SJV is currently working with a variety of partners to support and promote existing bird habitat restoration and protection efforts in northwestern Mexico by linking them with developing birding tourism efforts. By working closely with communities to build the capacity of local residents and community partners in Mexico, the SJV and its partners are developing and promoting birding tourism as an incentive for the conservation of natural areas.

In the midst of all of the diversity of northwestern Mexico is Rancho El Aribabi, a private ranch located approximately two hours southeast of Tucson in the upper Rio Magdalena watershed of northern Sonora, Mexico.  Rancho El Aribabi is owned by the Robles-Elias family and has been in their possession since 1934. 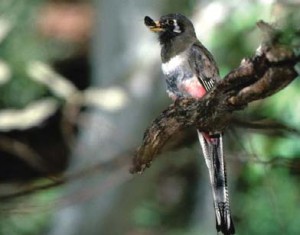 Landowners Carlos and Martha Robles currently own and manage 4,000 ha of the property (the remaining 9,000 ha of the ranch are owned by other family members). Rancho El Aribabi has been managed for cattle and hunting and Carlos Robles is a self- taught naturalist who has always been aware of the importance of his ranch to birds, mammals, reptiles, amphibians, and plants. In the western portions of Rancho El Aribabi, the Rio Cocospera meanders through a valley dominated by cottonwoods, willows, sycamores, ash, and massive old mesquites and hackberrys. On the southwestern edge of the ranch, the river narrows and traverses a lush riparian canyon, the uplands of which are a transition between Sonoran desertscrub, mesquite grasslands, and thornscrub. During the dry season, much of the river’s flow originates from a small cienega, which supports native fishes and frogs and the endangered Huachuca water umbel. To the east of the river, the hills gain elevation and vegetation gradually changes to oak woodlands and pineoak forests in the Sierra Azul. This complex combination of physical structure and biological diversity offers important habitat for at least 170 species of migratory and resident birds, including Scissor- tailed Flycatcher, Elegant Trogon, Buffcollared Nightjar, Golden Eagle, Hermit Warbler, Sinaloa Wren, Streak- backed Oriole, Montezuma Quail, Elf Owl, White- faced Ibis, Five- striped Sparrow, and Black- capped Gnatcatcher. The biodiversity extends to other taxa, as well. Tarahumara salamanders and Neotropical whipsnakes, neither of which occur in the U.S., can be found in the Sierra Azul. Among the arroyos and canyons, both ocelots and jaguars still roam this wild area 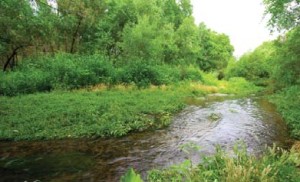 Carlos and Martha Robles contacted the Sonoran Joint Venture in 2004 because they were interested in protecting their land for birds and other wildlife and investigating ways to diversify the income they derive from their property. In 2005 and 2006 the SJV worked with Carlos and Martha to implement a riparian habitat protection and restoration project at Rancho El Aribabi. The project involved fencing an area of approximately 300 acres that includes two miles of riparian habitat, a cienega, and adjacent desert scrub habitat. The SJV worked closely with the Robles family and other SJV partners to plan the project and the landowners took charge of installing the new fence and cattle guards.In addition to improving habitat on the ranch for wildlife, Carlos and Martha Robles were interested in diversifying the income gained from their ranch with an eye towards eventually decreasing the number of cattle on the property. They were particularly interested in exploring ways to bring birders and others with an interest in natural history to the ranch. Installing the fence and excluding cattle from a portion of the riparian area gave the Robles family a prime area for birders and with the support of the SJV they designed a small trail system. 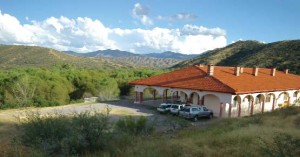 Groups from Arizona, Sonora, and elsewhere have now begun to visit the ranch, which has a large lodge and accommodations for overnight guests, for birding and natural history trips, meetings, and workshops.This project is an outstanding example of how partnerships with private landowners are a critical component to bird conservation efforts in northwestern Mexico. Birders play an important role in supporting conservation efforts like this through their decision to visit areas where owners are involved in on- the-ground conservation efforts, such as at Rancho El Aribabi.To learn more about the work of the Sonoran Joint Venture and its partners or areas in northwestern Mexico where your birding trip directly supports and promotes conservation, contact Jennie Duberstein (Jennie_Duberstein@fws.gov; 882-0837; http://sonoranjv.org). More information about Rancho El Aribabi can be found at http://elaribabi.org.Jennie Duberstein is the Education and Outreach Coordinator for Sonoran Joint Venture. Jim Rorabaugh works for the USFWS Ecological Services in Tucson.

In the fall/winter of 2009, Tucson Audubon will support the efforts of the SJV and its partners by offering birding and natural history tours to some of the sites mentioned here. We plan a long weekend in northern Sonora with two- or
three-nightsâ€™ stay at ranches that are actively supporting wildlife and habitatconservation in the region. If this prospect is of interest, please contact Jean Barchman at 622-5622 or jbarchman@tucsonaudubon.org.

In addition to Rancho El Aribabi, the SJV and its partners are currently working in three sites in northwestern Mexico to develop and promote birding ecotourism as a conservation tool: the Colorado River delta (Sonora and Baja California), Ãlamos (Sonora), and San Jose del Cabo (Baja California Sur). SJV partner Pronatura Noroeste has ongoing bird and habitat conservation, outreach, and restoration programs in the three areas. Contact Jennie Duberstein to learn more about this project. More information about Pronatura Noroeste is at www.pronatura-noroeste.org.

This article was originally published in Tucson Audubon Society’s The Vermillion Flycatcher  July-August 2009. 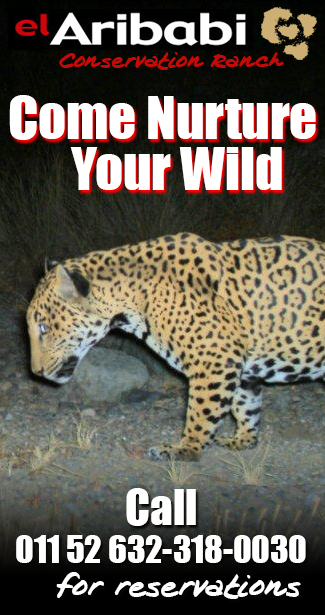